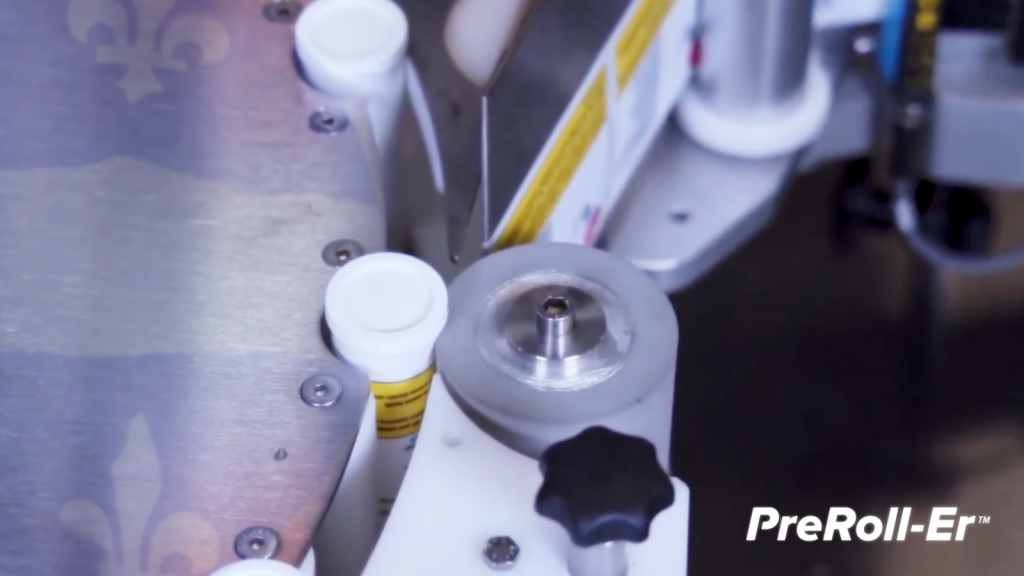 In Quebec, Canada, where companies engaged in scientific (including tech) research and development can often qualify for generous refundable tax credits, engineering excellence abounds. One of the region’s top packaging manufacturing companies is using its expertise, precision engineering, and incentives, to develop the world’s most flexible automated pre-roll making machine.

A 25-year veteran in the packaging space, Harold Bouchard currently leads Montreal-based Procepak as its President and CEO. The 12-year-old Canadian company is a leader in its space, providing a complete line of packaging automation services in the food, pharmaceutical, cosmetics and chemical industries.

In November of 2019, he was called by an ex-employee, who said indiscriptively, “I have this machine, it’s a prototype, and I’d like you to have a look at it.”

Bouchard went and see this machine, which was very basic, and not a packaging machine at all–but a machine designed to roll cannabis pre-rolls. “The machine didn’t really work, but but we made it to work,” Bouchard revealed. “I decided to take it and make an industrial version of it.”

Months later, the earliest version (below) resembled something more along the lines of a Star Wars Gonk droid, than today’s sophisticated looking modern counterpart. Generations later, it’s become the flagship product of  PreRoll-Er, the cannabis vertical of Procepack, and a leader in industry sales and processing flexibility.

PreRoll-Er’s first industrial version of its pre-roll machine was in early March 2020.

By the end of 2021, Tilray had replaced its previous, industry-leading competing brand units, with PreRoll-Er machines and written the company a testimonial.

At the writing of this article, the flagship pre-roller is in its fifth-generation, and the company has over 110 machines sold.

So how did a packaging manufacturing company from Quebec, Canada come to develop, from non-functional, highly rudimentary prototype, an industry-leading automatic pre-roll machine in its fifth-generation used by over 100 customers, from small manufacturers to MSOs?

The concept of making pre-rolls uses the same type of technology as packaging, Bouchard told me. Because of this, PreRoll-Er holds a distinct advantage in engineering sophisticated, precision devices, like pre-roll machines, with less development time, and greater agility than their competitors. This has laid the foundation for much of the company’s success.

“We’re using several motors, we’re using PLC programming, we’re using movements, so it’s very similar. The big challenge, and that’s what makes us difficult to beat, is that it takes a good 18-months of hard work to be there.”

“The reason is because you work with something that’s extremely different from one customer to the other. So each customer has its own strain of cannabis. And cannabis is a very difficult product to work with because it’s very sticky,” Bouchard explained.

In the less than three years of development, PreRoll-Er has established some key learnings, making its products stand out in the market.

WHAT WE CAN LEARN

The most distinct competitive differentiator to PreRoll-Er’s pre-rollers is the product’s trademark flexibility. The company’s machines are precisely designed to accommodate the nuances of different strains of cannabis–working just as effectively with extremely sticky flower, to very dry products.

PreRoll-Er studied the industry, consumer trends, existing automatic pre-roll units available on the market, and determined that flexibility in pre-roll production is what manufacturers needed most.

With product versatility as a focus, PreRoll-Er machines were designed to carefully accommodate different shapes of cones, from very slim to wide, to straight cigarette style cones, to blunts. The tooling to switch from one size cone to another was designed to be inexpensive compared to competing solutions, as well.

Be the First of Your Kind

With a constant pulse on the U.S. market, PreRoll-Er built the latest versions of their automatic pre-roll machine to works with infused cannabis, meeting the growing consumer market trend of infused cannabis pre-roll sales. What’s more, the latest generations have a feature now that we can inject concentrate and oil directly in the pre rolls with built into the machine.

Consumers demand value. If you’re buying a gram pre-roll, it should weigh no less than a gram, be perfectly packed, and deliver a consistent draw and experience. While competing automatic pre-roll machines weigh cannabis flower at the beginning of the rolling process, PreRoll-Er designed and enabled its units to measure the pre-roll after the rolling process, as a built-in quality control.

Build Your Products to Evolve

With multiple engineering groups dedicated to pre-roll machine research and development, PreRoll-Er planned for iterative, generational evolution of its machines. With each machine containing 10 stations, they were designed to be modular for flexibility, upgradability, and affordability.

“Let’s say you take the twisting station and we make a better twister so you can easily replace the old version and put the new one in,” Bouchard explained. “So even a customer that purchased the second machine has the latest version today, because all the hardware was designed that way, and our software is easy to upgrade by remote access through an ethernet connection.”

Exceed Expectations (Even the Toughest Ones)

PreRoll-Er machines were not developed to produce enormous volume, at low quality, but rather, high quality with very little rejection, and unrivaled flexibility handling different strains and sizes. “What we can create with this machine, even myself at one point, I couldn’t believe it,” Bouchard told me.

The company had a field expert come in who didn’t believe that an automated machine could make precision quality pre-rolls. “We created one, he went out and said, ‘Let me smoke to make sure it’s okay.,’” Bouchard recollected. “He came back and said he wanted it a bit smoother–not as hard. And we changed it and he couldn’t believe it. Even the twists, we can make perfect twists. So those are the things that we differentiate ourselves, too. This is where this machine shines a lot.”

While PreRoll-Er’s pre-roll machines place focus on precision and versatility, they still produce a steady output at 1,400 units per hour. The company’s next generation of high-speed units will more than double that production capacity at 3,000 units per hour.

Today, PreRoll-Er is successful in Canada, especially in Eastern Canada, with a solid footprint in U.S. recreational marijuana states, including California, Washington, Oregon, Arizona, Michigan, Illinois, Massachusetts, and others.

“In Quebec, we own probably 80% of the market of bureaus with our machines because we’re local,” Bouchard said, “And in Ontario we’re very well aware also we’re doing extremely well with customers. We’re probably at 70%, 60, 70% and then in the U.S. it’s probably 15% maybe, so there’s a lot of room to grow.”

PreRoll-Er is focused on United States expansion over the next 12-months with the objective to reach an 80% U.S. to 20% Canadian customer footprint, and has a new facility in Las Vegas, Nevada.

The PreRoll-Er 200 comes with automatic and semi-automatic options and is the company’s flagship product. It is a pre-roll machine for cones and cylinders and works with all type of strains, including infused cannabis, producing up to 1,300 pre-rolls per hour, with a guaranteed a weight of 0.01 g before and after filling.